Stories from our supporters

If you would like to feature your own story please email Karen at marketing@stgilesanimalcentre.co.uk

Having spent the majority of my life, believing that I was ‘Cat Woman’, my introduction to the world of ‘Dog’ was somewhat unplanned.

Running a pub, I ended up (grudgingly) agreeing to look after, short term, a rather tatty and forlorn-looking Chocolate Cocker Spaniel, going by the name of Bella.

Bella had been ‘rescued’ locally from people who had been using her for breeding for her whole life. She was deemed no longer ‘useful’, and they were going to ‘bang her on the head’.

Within a couple of days, this dirty, frightened and painfully neglected animal had started to follow me everywhere – and that was it, she wasn’t going anywhere!! Bella became my ‘world’ and I hers. We quite frankly rescued each other, and both blossomed through our relationship.

My world fell apart in 2015 when I lost my beautiful girl. I couldn’t replace her, but I knew that she would like it if I could help another lost soul from a similar background. Sadly, after extensive searching, I could not find a single Rescue Centre that would be prepared for me to do this (a pub was the wrong environment and I didn’t have another dog to show a rescue ‘how to adapt and move forward’).

In desperation, I went onto another website and searched for ‘older cocker spaniel.’ A picture of a Bichon Frise popped up with the lead saying ‘With A Broken Heart, I Need To Find A New Home For My 2 Year Old Bichon Frise Bella’. Having no intention of having a young dog, I replied merely saying that I wished them luck and that I too had a broken heart for my Bella. The lady who replied was lovely and we exchanged several emails. To cut a long story short, I went to meet Bella and ended up bringing her home with me.

Bella became ‘Shortie’ (it broke my heart each time I said the name Bella) and life carried on. Shortie was extremely playful and I kept suggesting to my partner that she would benefit from a playmate. There was much opposition to this until, finally, one day he said ‘if that’s what you want – do it’. That same day, an appeal appeared on Facebook from St Giles, desperate to find homes for a number of Puppy Farm Dogs that they had taken in.

That was it, fate had dictated the route I was going to take (most importantly to me, it meant that I could fulfil my promise to my beautiful Cocker and try and help another lost soul).

I called St Giles, made an appointment and having passed a home inspection, we all went down to Wrantage. With no particular wish for anything other than to give an animal from a horrible background a home, the choice was going to be down to Shortie. After conversations regarding what I thought we could offer, a terrified Shih Tzu who had been named ‘Oakleigh” was delivered to the office wrapped in a towel.

It was thought that this little boy had probably spent most of his two years in a box. He had ‘cabriolet’ front legs from being overworked, was missing several teeth and had had to be shaved because his fur had been so matted and disgusting.

Shortie, didn’t seem to mind him and so (much to my partners disgust – he thought that there was no way this dog would ever come good) I agreed to ‘Foster with a view to Adopt’. We were given lots of sound advice regarding how to integrate him into our home and lives. The harness to stay on at all times, the long lead to enable ‘catching him without scaring him’, the warnings of multiple accidents (while he got the hang of the new way forward).

Basically, we had a two-year-old puppy with baggage and scars to try and settle into our home and lives.

The first day my partner got bitten. Not badly, not with any malice – just sheer terror.

Oakleigh was renamed Charlie and the process of showing him how life was going to be for his future started. I am not going to lie and say it was easy, it wasn’t. It was like having a small child. You couldn’t tell him off – he didn’t understand that ‘outside is for pooing’. A trip to his groomer was pure torture for him (and his groomer), he wouldn’t let you touch his front paws and as for his first bath ……

Shorties influence was essential. She wanted him to play. He didn’t know how to. So she taught him. He watched and followed her, and he started to learn about his new life. With an enormous amount of patience and understanding, it took well over a year before the balance of ‘new life’ against the terror of his ‘old life’ took over in his world. He is now happy, sleeps on the bed (although he does sometimes need help getting up there), regards his toys as his ‘stuff’ and struts about like a peacock when he has had a haircut.

Then St Giles put out another appeal for help. Another large batch of Puppy Farm Survivors.

Another conversation to be had. We have two dogs. They are only small. What difference would a third possibly make??

Shortie is can what only be described as ‘Diva Dog’, so again it was going to be her choice if anyone new came home – together with Charlie.

The call to St Giles was made.

The first dog I was introduced to was Dora. Dora was lovely and I suspect had enjoyed a very different life prior to having ended up working on a puppy farm. This sadly wasn’t going to work with ‘Shortie the Diva Dog’ as jealously would have been a problem with her and therefore not fair to Dora.

The second little lady that I was introduced to was, like Charlie, another terrified little soul. Another Bichon Frise (like Shortie) but very, very different and going by the name of Noodle. If you looked directly at Noodle, she wet herself. She was shaking and if you picked her up, she wrapped her front paws around your arm as tightly as she possibly could – as if she was frightened of falling.

It was explained that where Noodle came from, eye contact with a human probably meant ‘you are next’ in the disgusting practice known as Puppy Farming.

Another appointment was made for the rest of the family (human and furry) to go and meet Noodle.

Whilst terrified, Noodle was very brave and Shortie and Charlie didn’t seem to mind her at all. So, we agreed to another ‘Foster with a view to Adopt’.

The day that Shortie and I went and collected Noodle from St Giles I will never forget.

She was so terrified; I took a pet carrier for the journey home. It must have taken an hour for her to even venture out of the carrier. She was deeply suspicious of everything.

Within a few days, she was following Shortie (in particular) and Charlie everywhere. She had the harness and long lead but was still an absolute nightmare to get anywhere near. House training Noodle was a real uphill struggle as at four years old, old habits are hard to break. (Understandable if you spent four years doing EVERYTHING in a cage), but I have a carpet cleaner – so not really an issue.

Noodle is now following me everywhere (alongside Shortie). Charlie is now more of a ‘man’s man’ and takes his rather ‘laid back’ self-appointed position of ‘protector of the household’ very seriously indeed. If we need to be made aware of anything, he barks. The girls ‘spring into action’ and he then follows up the rear, rather wondering where the fire is and what was all the fuss about.

Shortie and Noddle sleep together (on my bed obviously), but rather strangely and the only reason I can think why are their similar histories, Charlie and Noodle have an extraordinary bond between them.

Whilst the whole experience of bringing ex-puppy farm dogs into our home has been on occasions frustrating, it is a decision of which we have absolutely no regrets.

The lives that Charlie & Noodle have now, they could not even have dreamed off – as they didn’t know that life could be like this.

Providing you follow the very sound advice that St Giles Animal Rescue will give you, and you offer love and patience, you will be providing homes to the most loving of little souls.

Having spent the majority of my life, believing that I was ‘Cat Woman’, my introduction to the world of ‘Dog’ was somewhat unplanned. Running a 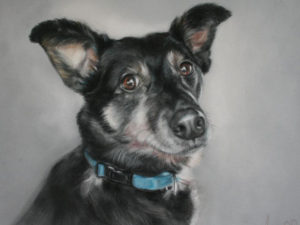 She literally saved my life

Back in 2006, I was ready to walk under a bus. There was a clear intent I didn’t want to be here anymore. I had 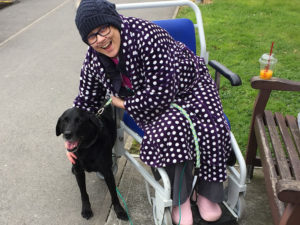 In October 2018 we lost our beloved black Lab. We had just sold our house and rented a new barn conversion on the Mendips, just 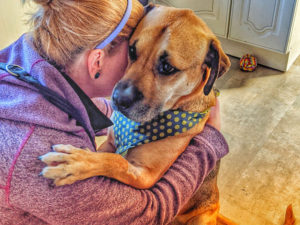 Remember who you are!

March 2020 started a wave of new thinking and new behaviours in the human world. We banded together and began isolation as the Government advised 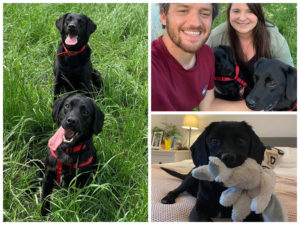 Meet Oscar – the newest addition to the pack.

Oscar was rescued by the South East RSPCA branch – and was transferred to St Giles Animal Rescue in Wrantage, near Taunton, Somerset, to be 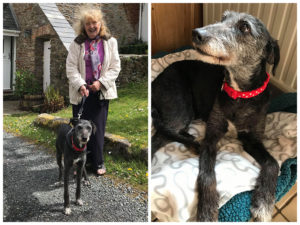 They say laughter is the best medicine, but we believe dogs are!

When Mella Pickford, lost her beloved Jack Russell cross, Murphy, the house felt so quiet without the pitter-patter of four paws. Her husband, David, 85,

Opening Times
Morning: 10am till 12pm
Afternoon: 2pm till 4pm
We are closed  on Wednesdays